We are pleased to announce that, after almost two years due to Covid, we re-started our lecture programme in September. Our first lecture was on the subject of Morlais Castle and was given by Benedict Bray.

We have decided to move our lectures to the afternoon to make it easier for members who find it difficult to attend in the evenings, so our meetings will now start at 2.00pm.

Our lecture programme for the rest of the year is:-

All fully paid-up members will automatically have their memberships carried over to this year.

A Hundred Years Ago

The Coal Industry was re-privatised; the Black Friday Strike and lockout brought production to a halt, miners were forced to accept wage reductions.

In October "French Leave" – ‘The funniest play of the London season’, was on at the Theatre Royal, Merthyr Tydfil, ‘direct from the Globe and Apollo Theatres’.

The Merthyr Express had a section devoted to advertising for domestic servants.

Average life expectancy in Britain was 60 for men and 56 for women.

Jimmy Wilde, ‘the ghost with a hammer in his hand’, born Pentwyn Deintyr, Quakers Yard was in his last year as world flyweight boxing champion.

The War Memorial in Troedyrhiw was unveiled, secured by public subscription.

The Dowlais branch of The Irish Self Determination League built its own Irish Club; MI5 arrested a local on suspicion of being an IRA explosives courier; the Anglo-Irish Treaty, ending British rule for most of the island of Ireland, was signed in December.

The Merthyr Times, Dowlais Times and Aberdare Echo, published since 1912, came to an end.

The Socialist local newspaper, Merthyr Pioneer, founded by Kier Hardie in 1911 had Niclas y Glais as an editor and Sylvia Pankhurst (a friend of Hardie) as a contributor. This was the last full year of its existence.

Greetings from the Jewish History Association of South Wales.

Just a few words about our upcoming Merthyr-related plans!

As part of our current project, Framing Jewish Histories: Towards best practice in rescuing a fragile heritage, we have created a digital Jewish Heritage Trail for Cardiff (it will be available online by the end of June/July this year). The site has three digital trails that feature places with Jewish connections: shops, businesses, synagogues, etc. Each location has a description and accompanying images and is geolocated on an interactive map.

We are convinced the trail’s template could easily be adapted for other locations and are currently in the process of submitting a funding application to extend the concept to Swansea, Newport, and Merthyr Tydfil.

I am sure that everyone reading this is aware of the historical presence of an active Jewish community in Merthyr and this seems an ideal way to map it and make it discoverable to a wider audience.

Given the increased activity surrounding Merthyr Synagogue, this seems an ideal time to push this forward.

If the bid is successful, we will be hoping to work closely with local history societies such as yourselves, as well as recruiting local volunteers to help with the project. 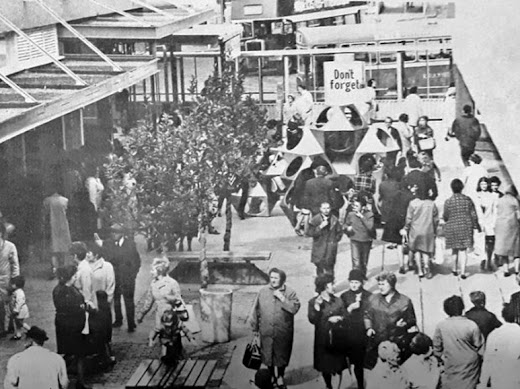 St Tydfil’s Shopping Centre in the 1970s. The climbing frame is towards the top centre. 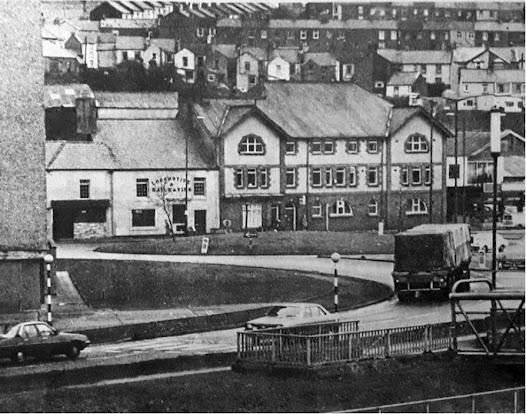 Caedraw in the 1970s. The subway can be seen at the bottom of the picture at the end of the bridge.

The Way to the Top.

On the eastern side of the Taf Valley at the southern end of the village of Troedyrhiw, an ancient trackway cuts diagonally across the hillside. Today it is much overgrown with bracken, silver birch and even some aspiring oak, but in times past it was an important link between the farms of the valley and the homesteads above. Indeed, on the Earl of Plymouth’s estate map surveyed in 1766 it is shown to be part of the valley’s main thoroughfare and marked as ‘The Main Road to Cardiff’, which continued along the hilltop. 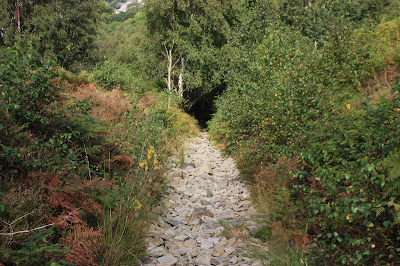 September 2016. Much of the Pennant Sandstone rubble which covers the track came from the well-built walls which originally lined the road and along some sections tree growth has encroached, making walking difficult.
Although over two centuries have passed since its importance was usurped by the valley toll road and Glamorganshire Canal, it is still possible to appreciate the remains of lengths of dry-stone walling and some of the runnels which facilitated drainage. Enough can be seen which stands testimony to the skills of the ancient masons, but despite their efforts to ameliorate the difficulties of the steep and rugged terrain, the track would have been a troublesome and exhausting climb for both man and horse. 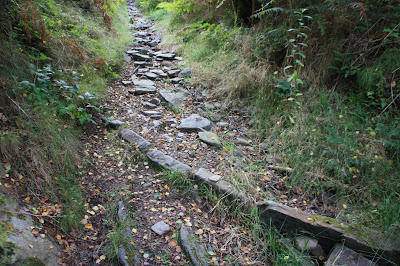 September 2016. In places it is still possible to find remnants of the stones placed there over two centuries ago to assist drainage.

In living memory, it enabled Bedlinog men who had enjoyed a pint on a summer Friday or Saturday evening in one of the Troedyrhiw pubs to find a convenient and safe way home. It was also the route followed by generations of tin carrying enthusiastic pickers who wished to sample the fruit of the best whinberry bushes around the Frog’s Rock. 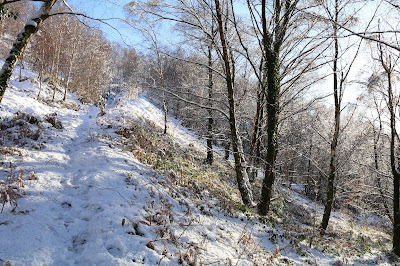 December 2017. Winter snowfall makes any attempt to follow the road much more difficult.

On several occasions in the Fifties and Sixties it provided the location for some more lively and exhilarating entertainment. First held in Merthyr Tydfil in 1945 the Mitchell Trial was a national motorcycle competition. Staged at numerous locations throughout the County Borough the event attracted riders from throughout the United Kingdom, including such notable names as Sammy Millar and even Geoff Duke who was more famous for his exploits on road and racing circuits. On these occasions, spectators climbed the hillside to locate themselves at vantage points where they could watch the competitors test their skills over the track’s loose slabs and boulders. 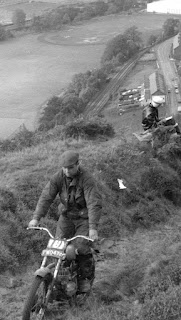 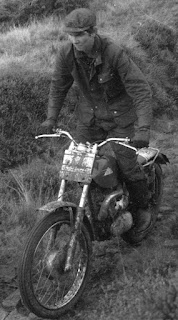 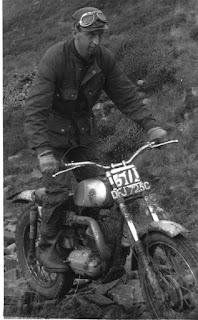 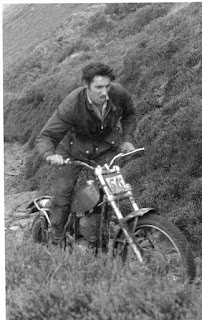 On looking at maps of this locality it is interesting to the note the evolution of the trackway’s nomenclature. On the map of William Morgan’s farm surveyed in 1769, it is named as Rhiwgynrwg. In 1870 the Ordnance Survey named the farm as Troedyrhiw Cwmrwg and the top Pen rhiw gymro. On their 1900 edition this becomes Pen rhiw gymrwg. It was not unusual for the surveyors of the Ordnance Survey to misunderstand or misinterpret place names provided by the indigenous population. For the organisers of the Mitchell Trial this challenging section became Heol Cymro. 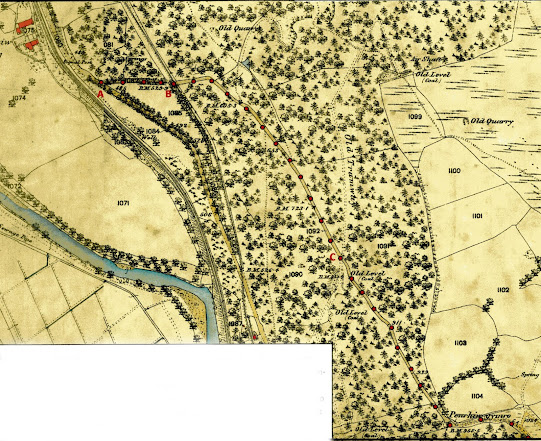 These will depend entirely on the availability of suitable content and you can all assist with this. If you would like to submit an item, be it a memory, anniversary etc., for inclusion, no matter how short, but not more that 300 words, please email it to keithlewisjones@aol.com

If you did not receive this newsletter digitally and would like to receive future newsletters directly to your inbox, please send an email to the above address.